In a high-pressure (HP) scrubber, the vapors released from the synthesis are scrubbed before being sent to the atmosphere. These vapors contain small amounts of feedstock, ammonia, as well as passivation air in combination with inerts such as hydrogen which enters the plant as contamination in carbon dioxide and other flammables. These vapors can form a gas mixture that may lead to an explosion.

Older urea plants often have so-called cigar-type HP scrubbers. Most of the early generation cigar-type scrubbers are, however, characterized by a very limited explosion dome volume and as such do not allow for the gas mixture to explode without damaging the equipment. 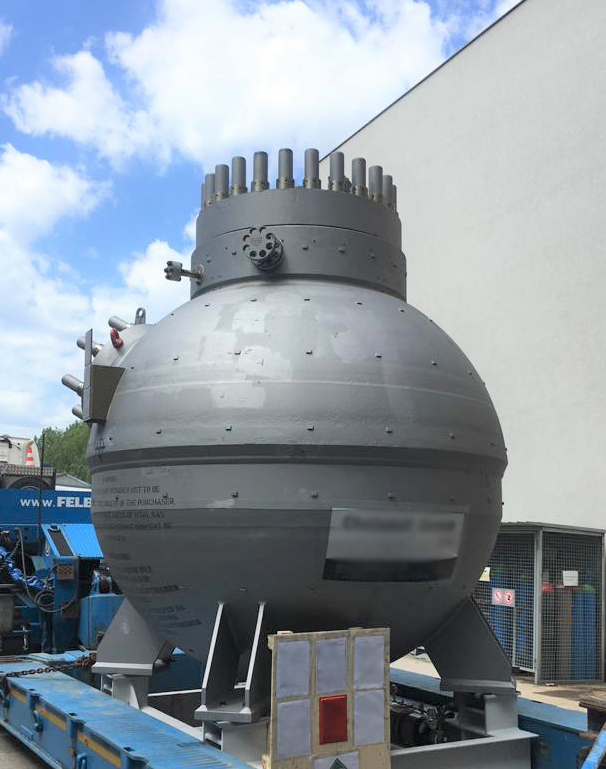 Stamicarbon's HP scrubbers are based on our extensive knowledge of the urea process, safety risks, materials and inspection capabilities, with our improved design exceeding the latest safety standards. The sphere of the latest scrubber design is dimensioned in such a way that it incorporates a sufficiently large explosion pressure relief volume (dome) compared to the volume in which an explosive mixture can be present.

Corrosion problems faced by the scrubbers are eliminated or significantly reduced thanks to the Safurex® stainless steel material. Safurex® is a family of superior corrosion-resistant duplex stainless steels designed specifically for the urea process. Stamicarbon is fully involved in the manufacturing of the HP equipment by qualification of welders and regular inspections during manufacturing, which allows us to eliminate possible defects and achieve overall quality above the industry standard.

Advantages of the Safurex® HP Scrubber

HP scrubber's lifetime is typically around 20 years for traditional stainless steel materials. Stamicarbon's Safurex® steel solution offers close to 30 years lifetime, typically without the need for plugging of the heat exchanger tubes. In particular, Safurex® steels are immune to condensation corrosion, which is known to attack the spherical section when fabricated from conventional stainless steels.

In the HP scrubber, the special spherical dome can withstand an internal explosion without jeopardizing the mechanical integrity of the vessel. The new spherical design in this respect is safer compared to the old cigar-type design, as dome volume has been increased.

The internals of the HP scrubber are made of Safurex® steel, which provides the following advantages: 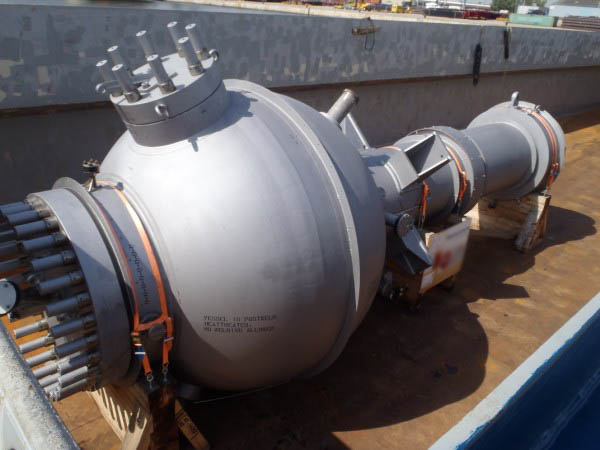 The HP scrubber is a high-pressure vessel with a heat exchanger designed to minimize emissions from urea synthesis.

Minor amounts of non-condensable gases enter the plant in the carbon dioxide (CO2) feed and as inert air components introduced to passivate the plant equipment. They are washed with the carbamate solution from the low-pressure recirculation stage to recover residual ammonia. Depending on the plant design, the enriched carbamate solution is then fed via the HP ejector to the HP carbamate condenser or pool condenser/reactor.

Replacement of any HP vessel in urea synthesis is an opportunity to debottleneck the process stepwise. Therefore, Stamicarbon offers plant assessments before replacing the HP equipment to determine what modifications should be addressed in the new vessel's design.

Based on Stamicarbon's experience, most scrubber replacements reveal that adjacent piping (which carries vapor from the urea reactor to HP scrubber) has also reached the end of life. Therefore, it is highly recommended to replace piping along with scrubber replacement.

On a case-by-case basis, Stamicarbon can offer HP scrubber replacements for non-Stamicarbon plants. Contact us for more information.