The high-pressure (HP) stripper in Stamicarbon CO2 stripping plants is a vertical falling film evaporator wherein a urea synthesis stream is brought in contact with a counter-current stream of CO2 gas flowing upwards in the heat exchanger tubes.

The liquid film is created by installing ferrules on top of all vertical heat exchanger tubes, consisting of a liquid divider and a gas tube. They ensure the equal distribution of the urea/carbamate solution over all tubes after the liquid enters the top of the stripper.

This film is created by three equally spaced liquid holes with a specific hole diameter. The CO2 gas introduced at the bottom of the heat exchanger tubes together with the stripped gas (CO2 and NH3 mixture) is expelled via the gas tubes. 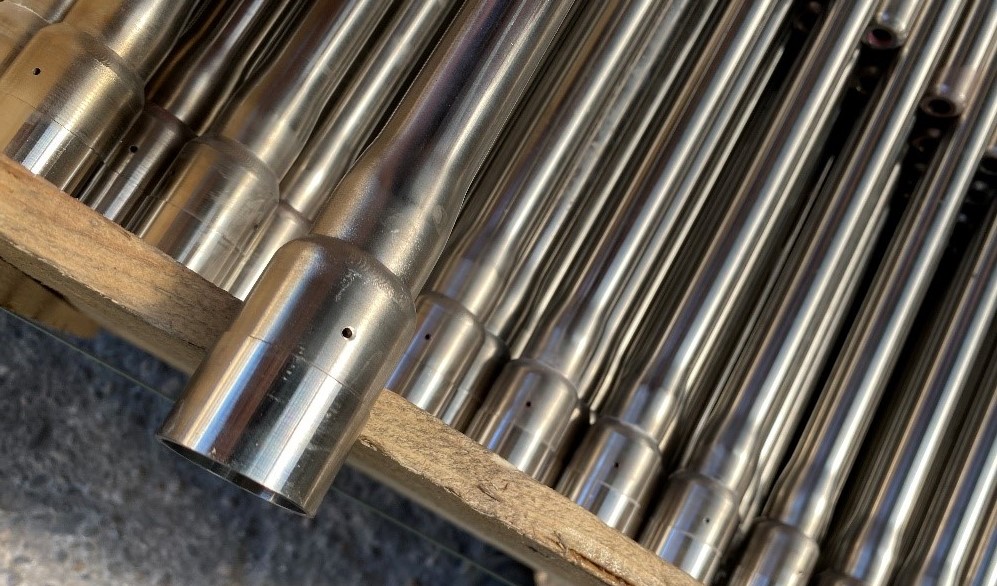 The HP stripper is designed to remain in operation for years, but cross-cut end attack, the type of corrosion common for duplex stainless steels, presents a challenge for liquid dividers. It increases the hole size thus increasing the liquid load in each heat exchanger tube, which over time could impair the HP stripper efficiency, as a result preventing the stripper, and subsequently the plant, from achieving maximum productivity.

Then, how to increase the effective lifetime of these liquid dividers?

To address the issue of cross-cut end attack in liquid dividers, we developed Safurex® Degree° stainless steel. This material is fabricated via the Hot Isostatic Pressing (HIP) method, which results in an isotropic and fine-grained microstructure, improving corrosion resistance and besides that enhancing the material’s mechanical properties at low temperatures.

The first liquid dividers made of Safurex® Degree° material installed in an HP stripper showed hardly any cross-cut end attack corrosion in the liquid divider holes after more than seven years on-stream time.

The following advantages of using Safurex® Degree° steel for liquid dividers are evident and include:

Safurex® Degree° material can be used for the manufacturing of other parts that require either extreme corrosion resistance and/or low MDMT (minimum design metal temperature) requirements, which sometimes are specified for high-pressure accessories, such as HP Safurex® ejectors, Safurex® control valves, Safurex® check valves and Safurex® safety valves.

Our Safurex® liquid dividers are based on years of experience and design studies and will be customized based on your process conditions. Contact us to learn more.