This allows extending the urea reactor's lifetime to over 40 years, despite the occurrence of harsh process (upset) conditions such as, for instance, loss of passivation air or longer block-ins of the high-pressure (HP) synthesis up to a couple of weeks. 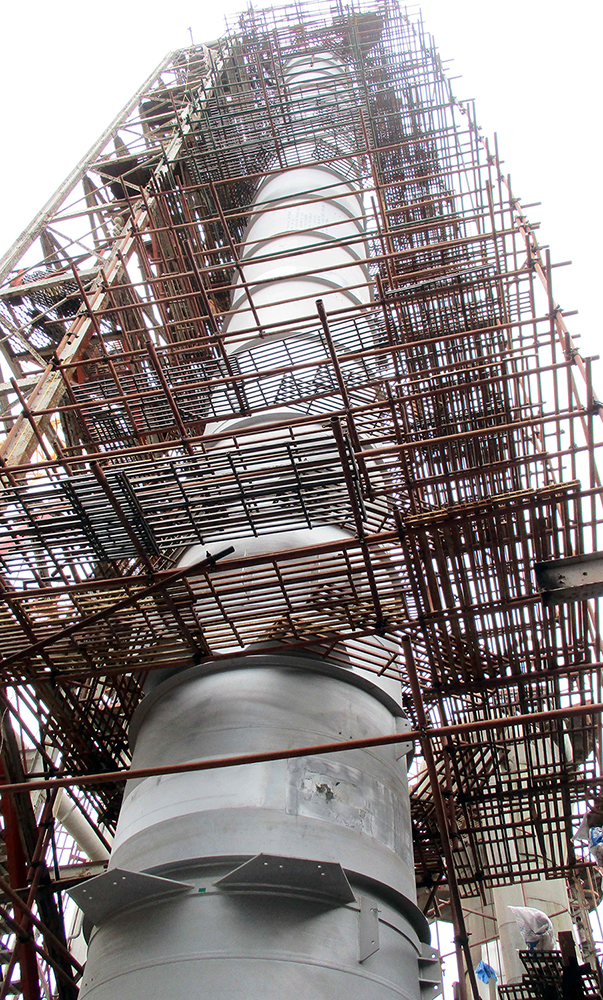 Stamicarbon offers several solutions for the renewal of urea reactors:

If you are unsure whether your urea reactor should be relined or replaced, our experts will help determine the solution based on your situation.

Stamicarbon offers a full scope of replacement for urea reactors, including all necessary instrumentation, such as:

We also offer replacement solutions for the adjacent piping in the HP synthesis section.

As a urea technology licensor, Stamicarbon is also able to calculate possible process improvements based on the new configuration of the reactor design and those can be contractually agreed upon as process guarantees at the battery limits of the reactor (e.g. conversion rate (%) or urea content (%)).

Advantages of the Safurex® Urea Reactor

Reactor trays have a proprietary design and are made from proprietary material Safurex® duplex steel. 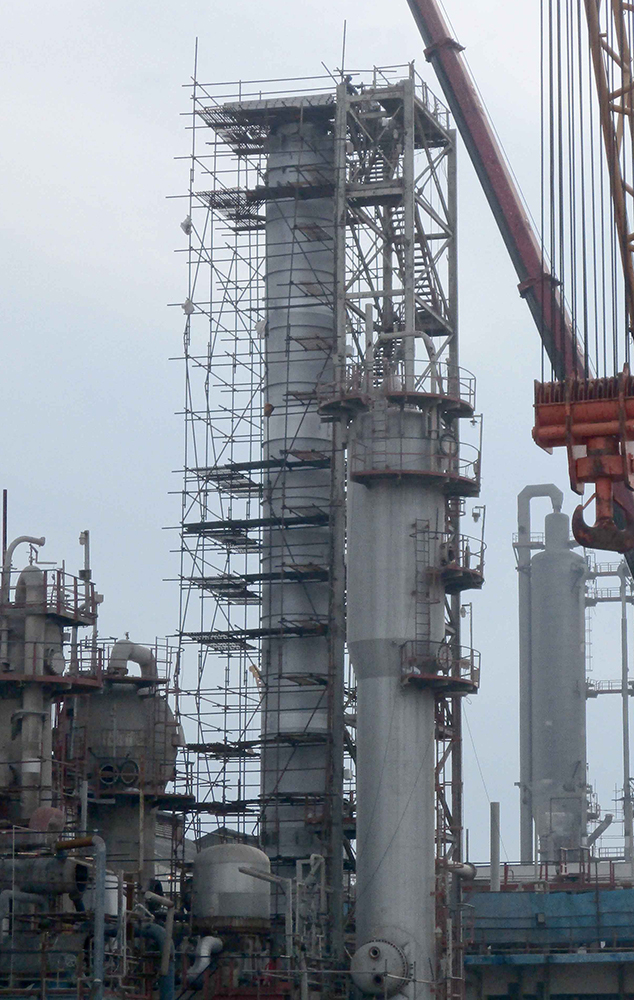 The urea reactor is a vertical Safurex® steel lined high-pressure carbon steel vessel. The mixture of ammonia and carbamate solution from the HP carbamate condenser or pool condenser, along with gaseous ammonia and CO2 from the HP stripper, enters the bottom of the reactor.

In the urea reactor, the conversion of ammonium carbamate into urea approaches its equilibrium. Meanwhile, the remaining reactants and converted products rise to the top and are transferred into the HP stripper in stripping urea plants or transferred to the medium-pressure (MP) / low-pressure (LP) section in conventional urea processes.

The purpose of the urea reactor is to provide a large volume to allow sufficient residence time for the reactants to reach equilibrium. This is needed because the conversion of carbamate into urea takes much longer than the formation of ammonium carbamate.

Replacement of any HP vessel in urea synthesis is an opportunity to debottleneck the plant.

Therefore, we perform process plant assessments before replacing the HP equipment to identify what modifications should be addressed in the new vessel's design.

Contact us for more information about our urea reactors.